Marriage ceremonies have become a marathon in society these days. Everyone is trying to track it in a better way than their mates in society to show their so-called status. No matter if they have to borrow for it or to use unlawful means. This is why the poor girls are turning into “grey” awaiting for some reasonable match and this is also one of the basic reason of increase in unlawful sexual activities…

Islam teaches us simplicity and forbid overspending; even in the West people don’t spend much in such extravagant activities but support the couple to live their marital life happily. While in East, it is totally against the Islamic customs.

The major reasons behind marriage in Islam are:

2. It helps both a man and a woman satiate their natural desire in a lawful way.

3. It enables a man and a woman to bring up their offspring and give them a worthwhile life.

4. It regulates relationships between a man and a woman on the basis of mutual rights and fruitful cooperation in an atmosphere of love and respect.

“Marry women of your choice, two or three, or four; but if you fear that you shall not be able to deal justly (with them), then only one or (the slaves) that your right hands Possess”. An-Nisa 4:3

The Messenger of Allah said,

“Young men, those among you who can support a wife should marry, for it restrains eyes from casting (evil glances) and preserves one from immorality.” (Recorded by Al-Bukhari and Muslim).

Apart from lavish, there are just four pillars to hold up a marriage i.e. Consent of the lady’s guardian, two witnesses, the marriage contract, and the bridal gift (Mahr). Here we don’t need to describe, who is guardian? Witness, what is contract and mahr etc. For this I would suggest to go through a very useful book name, “The Book Of Nikkah” by Darussalam Publishers. This book will guide you regarding the format of marriage contract, rulings of mahr, etiquettes of marriage, divorce, khul, invalid marriages, off springs, inheritance and bed manners etc.

For now, lets have a look on rights of husband and wife on each other.

The Messenger of Allah (Peace and Blessings of Allah be upon him) said,

The provisions of wife i.e. food, clothing, accommodation as well as fulfillment of sexual desire and mahr are the right of wife on husband. While, to obey the husband, to guard his house in his absence, to guard his honor, to not leave the home without his permission, not to invite anybody to his home, he dislikes, to fulfill his sexual desire and to be ready to travel with him anytime are the rights of husband on his wife.

There are no limitations in Islam regarding whom to marry as we observe in our society i.e. age factor, caste and nationality etc. However; there are some blood relations and foster relations to whom marriage is forbidden i.e. mother, sister, daughter, aunt (paternal and maternal) grandmother, grand daughter, niece, brother’s daughter, brother’s granddaughter, father’s wife, grandfather’s wife, wife’s mother, step daughter etc… Allah (SWT) knows best. The details are given in the aforesaid book.

Sometimes people wonders that why there are a lot of marriages held after Eid. Here is the answer, ‘A’ishah – may Allah be pleased with her – said, “Allah’s Messenger contracted marriage with me in Shawwal and took me to his house as a bride during Shawwal. And who among the wives of Allah’s Messenger was dearer to him than I?” And ‘Aishah liked that the women (of her family) should enter the houses as brides during the month of Shawwal. (Recorded by Muslim) 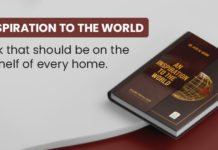 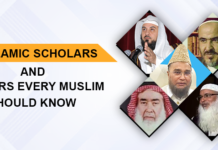 Patience: Just a Manner or Something More? An Islamic Perspective

How To Interact – The Art of Interaction