The Meaning & Importance of Dua (دعا)

Dua (دعا) is an Arabic word which means to ask, to question, to call, to talk, to ask for help and to worship. According to Shariah, supplication is the name of showing great humility and need before Allah Almighty.

Allah encourages His people to ask from Him. Its importance becomes quite clear considering that one of the meanings of supplication is to worship.

And your Lord says, “Call upon Me; I will respond to you.” Indeed, those who disdain My worship (Dua) will enter Hell [rendered] contemptible.

The Etiquettes of Dua:

A lot of our Muslim brothers and sisters may be unaware that they are actually quite a few etiquettes of praying that should be kept in mind. Here we will present a few of them.

A requirement of making dua is to have belief in Tawheed and not to associate any partners with Allah (Al- Baqara: 186).  Learn about Tawheed by reading Kitab at Tawheed published by Darussalam.

It’s imperative to be sincere when supplicating and to pray with the purest intentions. (Al-bayyina: 5).

Those who disbelieve from among the people of the Scripture (Jews and Christians) and among Al-Mushrikun (polytheists), were not going to leave (their disbelief) until there came to them clear evidence.

It is recommended to supplicate through the names and attributes of Allah.

And (all) the Most Beautiful Names belong to Allah, so call on Him by them, and leave the company of those who spoil (when pronouncing) or abuse  (or utter impious speech against) His Names. They will be punished for what they used to do.

It has been narrated:

“When one of you prays, let him start with praise of Allah, then let him send blessings upon the Prophet ﷺ, then let him ask whatever he likes after that.”

One should be careful to face the Qiblah whenever supplicating (Sahih Muslim:1736).

When it was the day on which the Battle of Badr was fought, the Messenger of Allah (ﷺ) cast a glance at the infidels, and they were one thousand while his own Companions were three hundred and nineteen. The Prophet (ﷺ) turned (his face) towards the Qibla. Then he stretched his hands and began his supplication to his Lord: “O Allah, accomplish for me what Thou hast promised to me. O Allah, bring about what Thou hast promised to me. O Allah, if this small band of Muslims is destroyed. Thou will not be worshipped on this earth.

It is concluded from this hadith that it is mustahabb to face the Qiblah while making dua.

There are lots of etiquettes for praying and are not limited to these 5 alone. However, this provides insight into the fact that there is a proper way of making dua that will not only lead to greater acceptance but will also increase one’s blessings and Prayer will also establish a direct line with Allah.

The Acceptance of Dua:

As Muslims, we have faith in Allah and the fact that all our sincere duas are being heard. Yet there are instances in everyone’s lives where we feel like our prayers are not being accepted. In such instances, people often become disheartened and question why their prayers are not answered. Here we present some reasons why our dua may not be accepted.

We are well aware of the concept of Haram and the income earned through unlawful and haram means, yet we still indulge in the act of earning income through interest (ربا) and other means that are prohibited in Islam.

He (ﷺ) made a mention of the person who travels for a long period of time, his hair is disheveled and covered with dust. He lifts his hand towards the sky and thus makes the supplication: ‘My Rubb! My Rubb!’ But his food is unlawful, his drink is unlawful, his clothes are unlawful and his nourishment is unlawful, how can, then his supplication be accepted?”

Although Allah is the best forgiver we still need to be aware of our actions and avoid sins and haram actions.

If we become heedless in our prayers then how can we expect Allah to accept our prayers? Praying is about speaking to Allah, to unburden our heart and soul. Not reciting a monotonous prayer with our mind wandering elsewhere.

We as humans are not perfect and that’s understandable but if we don’t even strive to follow the right path and instead lead a life full of sins and bad deeds then that can be a major reason why our prayers are not being accepted. Lying, cheating, Zina disregard for others and so much more has become second nature to people. We must protect ourselves from such sins.

4. Forgetting to pray at times of Ease:

Unfortunately, a lot of us only turn towards Allah when facing a calamity or when in distress. As soon as we get through the hard times we forget to make dua to Allah. The reality is that we need to pray at all times, even in times of ease. In fact, praying in times of ease may lead to a greater acceptance of prayers when distressed.

Abu Hurayra reported that the Messenger of Allah ﷺ said, “The supplication of any of you is answered as long as he does not make supplication for something which is a wrong action or cutting off ties of kinship or become impatient and say, ‘I made supplication and was not answered,’ and so he stops making supplication.’

Once again the list of things that may be coming in the way of the acceptance of our dua is not limited to these alone. For the acceptance of prayers, we must take care to follow all the etiquettes of prayers and avoid all tasks that may be sinful or unacceptable. As rational Muslims, we all should be aware of the deeds that are prohibited and disliked. إن شاء الله, you will see a change for yourself.

Take a look at our blog on the importance of prayers/ supplications for children.

It’s also important to note here not to lose hope. Even if a prayer may not be accepted the way we assume, Allah does hear us all. Acceptance of dua can be in a number of ways.

Darussalam offers a number of books on dua and supplications that can be bought to understand the topic in depth.

To learn more about supplications take part in the “30 Quranic Supplications” quiz series at Noble Student (www.noblestudent.com). Learn Quranic supplications, the etiquettes of dua, and more. 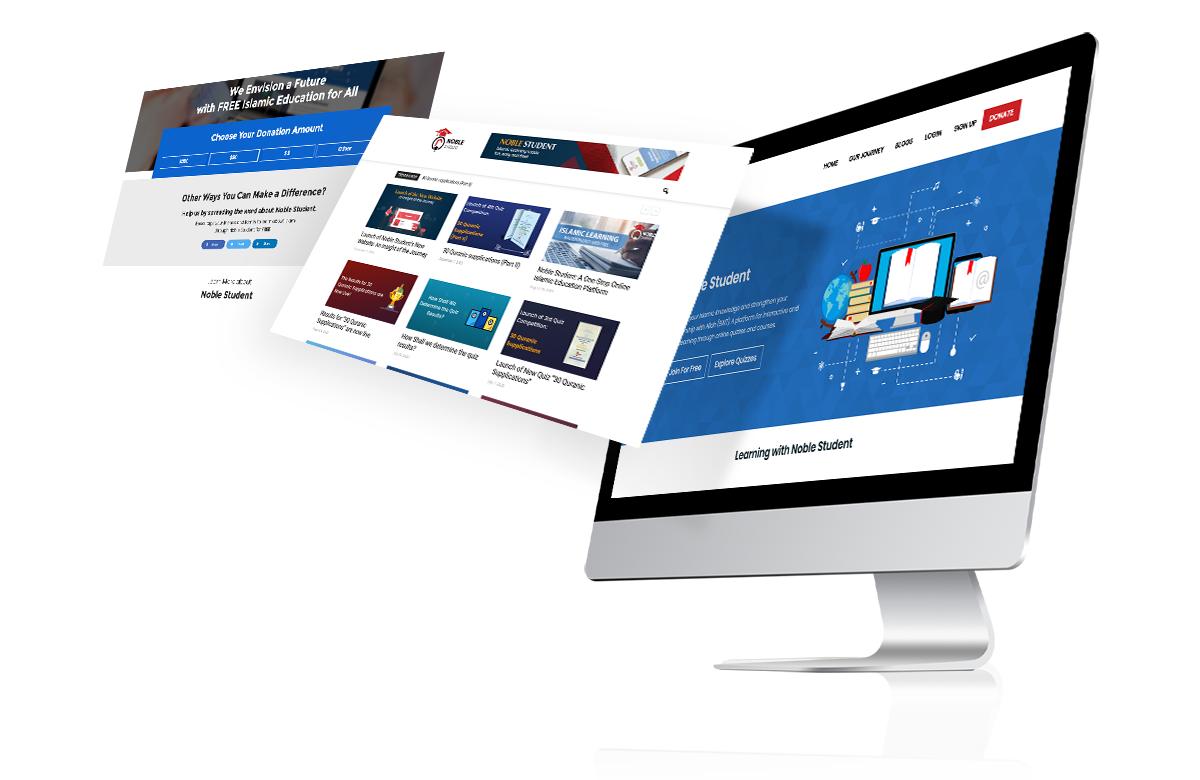 The key to Developing a Model Character