In Islam, the mentality of freedom is replaced by responsibility. This responsibility is not merely towards yourself and your own desires; rather it is the responsibility to Allah (SWT) your creator. The social system of Islam, which deals with the relationship between men and women and the issues that arise between them, defines clear guidelines for a stable and harmonious family structure. It is upon this basis that Relationship of Parents with Children is built, and it is this that provides the environment in society which can enable you to ensure that your child will grow up to be someone you are proud of.

The primary duty to bring up your child lies on the neck of you as the parent as Allah (SWT) says,

“O you who believe! Ward off from yourselves and your families a Fire (Hell) whose fuel is men and stones, over which are (appointed) angels stern (and) severe, who disobey not, (from executing) the Commands they receive from Allah, but do that which they are commanded.” At-Tahrim: 06

This ayah defines what your ambitions for your son or daughter should be. Your primary concern should be that he or she attains the Paradise and is saved from Hell-fire. Only after this is it worth considering what kind of education or career they should pursue. After all, if your aims for your child lie solely in the bounties and pleasures of this life, you will give them little in the way of preparation for the life to come, which is the ultimate destination for both of you.

The essence of achieving success in this endeavor lies in education your child with the correct Islamic understanding. You must teach them about the true belief in Allah (SWT) and His Messenger (SAW), and how they should fulfill their obligations as a Muslim. And this you must do in such a way that they have complete conviction in what they are doing. This includes teaching them about

a)      The rational proofs of the Islamic doctrine

In short all the things which are Fard (obligatory) upon them and Haram (Forbidden) for them. For it is only when one is inculcated with the mentality of obedience to the commands and prohibitions of Allah (SWT) that anyone can hope to attain the Paradise.

How parents can fulfill the duty of grooming your child?

The first thing to do is to take a look at yourself. Are you ready to save yourself from Hell-fire? Unless you are, how can you hope to prevent your child from arriving at such a fate? If you are going to educate your child with knowledge of Islam, you must know it yourself. And then, if you are to be a good example to your child, you must practice Islam fully in your own life.

“Teach your children and teach them properly.”

Read this blog written for new mothers on the guidelines of raising their babies.

Effects of Society on your Children

As effective as the training and guidance that you give you child, as soon as they are out of the security of your watchful eye, other forces come into play to undo all your good work. However, in the proper Islamic system the social system ensures that the negative images we see in the west are absent.

It ensures that the image of women is portrayed as one of honor, respect and dignity. Thus there should be no pornography in the newspaper, on the television, in the cinemas or anywhere else. No one should look at your daughter as a ‘sex object’, and your son would not be under the delusion that being ‘Gay’ is perfectly normal and acceptable.

Moreover, public life in the Islamic system is based around separation of the sexes. Thus the free mixing between men and women in the western countries and now prevailing in the eastern countries too lead to so called ‘sexual liberation’ will not occur. Instead of wasting their lives in bars, night clubs and discotheques, young people will be encouraged to involve themselves in more meaningful endeavors.

These are just few areas in which the Islamic social system will benefit us in upbringing our children on the basis of Islam.

Some eBooks are available to explain the behavior of Parents towards their children so that they become an admirable asset in the Society: 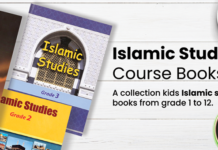 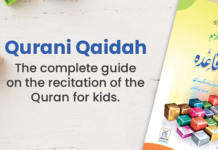 How to Make the Most of Hajj and Umrah? Some Suggestions...

The Significance of Friday & Jummah Prayer