Home Family Nikah (marriage) in the month of Muharam and Safar

It is currently safar.  So, is the month going to bring bad luck to you? You cannot marry in this month? Does Safar bring bad omens (bad luck charms or tiyrah)? It is one of the common beliefs of the people that Safar brings destruction, Harm and Diseases, etc, as the polytheists of Makkah believed. These are whims and superstitions of the people and erroneous beliefs, as there is nothing like ill-omen or unlucky, bad day, bad month in the religion of Islam. Almighty Allah made day and night as a sign and to help His slaves He appointed months. This article sheds light on marriage in these two months, the importance of Marriage, some significant points of Muharram and Safar.

Importance of Marriage in Islam 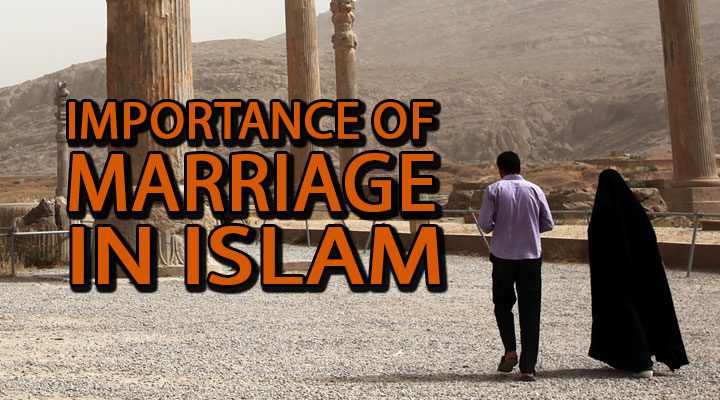 It is one of the immense blessings of our Lord that He created us from a single soul, and from it, He created his mate, who looks beautiful and desirable to him. He derives satisfaction from being near her, she becomes a cause of solace, comfort, and completion of Allah’s blessing on him, and he derives pleasure from her in form of children and offspring. Islam encourages legal marriage and condemns adultery. Moreover, celibacy is not considered as a sign of piety in the true Islamic religion. Besides, Islam prescribes a very simple marriage process whereas puts barriers in the way of lewdness, vulgarity, and adultery. Marriage should not be unnecessarily delayed.

The Prophet (PBUH) said: “O Ali! Three are not to be delayed: Salat (prayer) when it is due, the funeral when it is presented, and (marriage) for the single woman when someone compatible is found.”

The month of Muharram

Muharram is the 1st month of the Islamic calendar that based and referred to the migration of the Prophet (PBUH) from Makkah to Madinah. It is one of the four sacred months, the holiness and sacredness of which confirmed by Almighty Allah in the Glorious Quran.

Allah says: “Indeed, the number of months with Allah is twelve [lunar] months in the register of Allah [from] the day He created the heavens and the earth; of these, four are sacred. That is the correct religion, so do not wrong yourselves during them.”

Moreover, the holiness of this month is also confirmed by the Sunnah of the beloved Prophet (PBUH).

Allah’s Messenger (PBUH) said: “The time has returned to its original state – the state it was in when Allah created the heavens and earth. The year is twelve months, four of which are sacred. Three of these are consecutive: Dhul-Qadah, and Dhul-Hijjah, and Muharram, and (fourth is) the Rajab of Mudar, which is between Jumada and Shaban.”

Some people think that the sacredness and holiness of this month is due to the martyrdom of Al-Husain, the grandson of the beloved Prophet (PBUH). This claim is totally wrong and baseless. The incident of Karbala and the martyrdom of Al-Husain undoubtedly is one of the most tragic episodes of our history, but the sacredness of this month is confirmed before his martyrdom both by the Book of Allah and the Sunnah of the beloved Prophet (PBUH). Moreover, this claim is baseless, because the religion was completed before this incident in the life of the Prophet (PBUH) and the Quran confirmed that by this verse:

“This day I have perfected for you your religion and completed My favor upon you and have approved for you Islam as religion.”

The month of Safar

Safar is the 2nd month of the Islamic calendar, it comes after Muharram and it is not included in sacred months. Being not included in this category does not mean that it is unlucky or ill-omened as we hear from people and it is commonly spread in our societies. It was so-called because Makkah was emptied of its inhabitants, it was also suggested that they called it Safar because they used to fight other tribes during this month, and they would leave whoever they met with sifr (zero) items and goods. It is the polytheists of Makkah that they regarded this month as unlucky or ill-omened. This was well-known among them and continued among some followers of Islam too. But the teachings of Islam are totally against this misconception, the Prophet (PBUH) said:

“(There is) no Adwa (no contagious disease is conveyed without Allah’s Permission), nor Tiyrar [nor is there any bad omen (from birds)], nor (is there any) Hama, Safar, and one should run away from the leper as one runs away from a lion.”

Can you marry in Muharram and Safar?

In fact, there are many misconceptions and beliefs prevalent among the people regarding this issue. Bad lucks and omens have been associated with these months and on contrary, self-made solutions for such things have been proposed as well, such as not holding marriages in these months and many others. Such beliefs and superstitions are baseless and have no authentic sources from the teachings of Islam. How can any day, night, or month be unlucky or be a portent of ill-omen when indeed months and years are formed by the alternation of days and nights and our Supreme Lord has made them as a sign to help us make the calendar.

In the period of Jahiliyyah, Arabs, at the time of leaving home for some purpose, took the flight of birds from left to right or right to left as a bad omen. They believed that the flights of the birds will have bad effects and the accomplishment of their pursuits will be influenced. This kind of thinking is a type of Shirk because no one has the power except Allah to change a thing from good to bad or otherwise.

The Prophet (PBUH) said: “At-Tiyrah is from Shirk and none among us (it influences) except that Allah will remove it with Tawakul (reliance).”

These narrations indicate that holding any kind of superstition or bad omen will not only led a person to make lawful things unlawful on himself but also lead him to associate fate and destiny with these things, which is not only a misguidance but a great sin too because it is only Allah that has every kind of power and control over His slaves’ fate and destiny.

Unfortunately, superstitions are widespread in our societies in one form or the other. Most people attribute good or bad luck to things and incidents contradicting all logic and senses. Some days, nights, and months are considered lucky and good over others. If a black cat crosses our path, or we see or hear an owl, we are considered to be in bad luck, which is nothing but superstitions, whims, and ignorance. Every day, every month and every year belongs to Almighty Allah Alone, and there is no restriction whatsoever on Muslims concerning the time of the day, or any day or night of the week, or any month of the year whereby it is discouraged, restricted or forbidden for them to have a contract of marriage. Except when one is in the actual state of Ihram for the pilgrimage to the Sacred House, otherwise one has full liberty to contract marriage at any time of the day, night, week, or any month of the year at his convenience. Moreover, there is no restriction in the religion of Islam if a person chooses to contract marriage in the sacred month of Muharram, Safar, or during any other month of the year. The following are a few recommended books to increase your knowledge and wisdom about marriage and Islam. 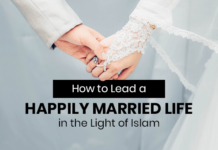 How to behave with Children in Islam?