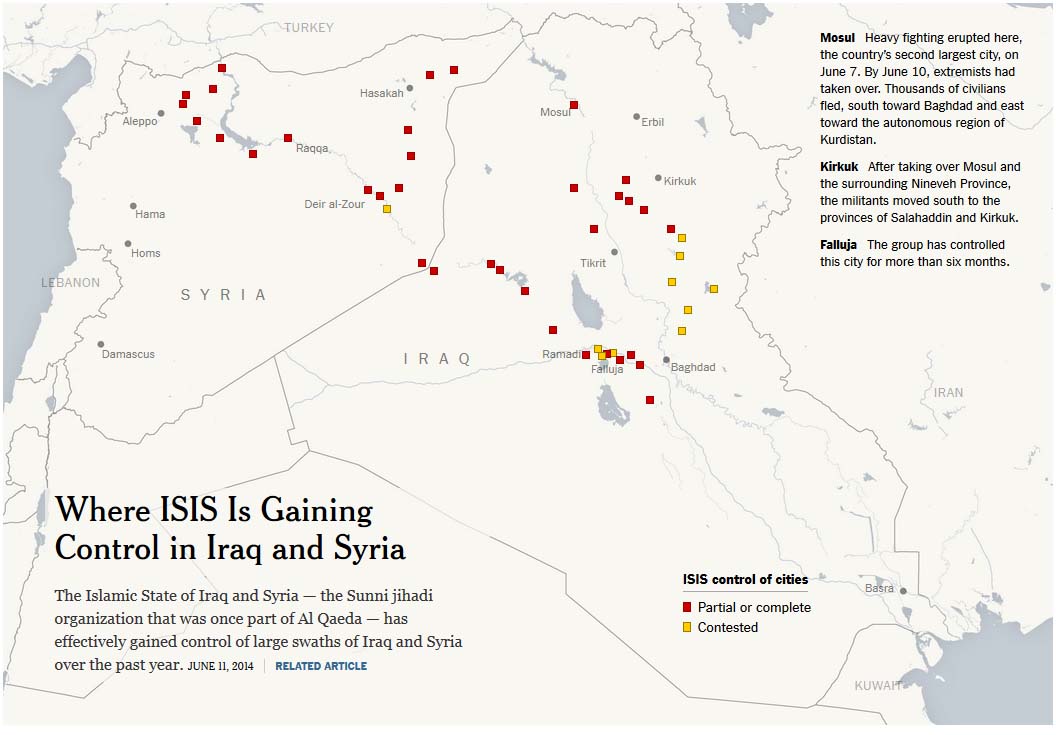 ISIS stands for Islamic State of Iraq and Syria is a militant organization that is operating in borderless areas of Iraq and Syria. The organization’s history dates back to the times of Abu Musab Al-Zarqawi. The entity came into limelight after the turmoil in Syria, though the term ISI (Islamic State of Iraq) dates back to the days after USA forces invaded Iraq. In 2006, after the death of Abu Musab Al-Zarqawi, a young and educated lad comes ahead and takes hold of the organization.

Today, Abu Bakar Al-Baghdadi is heading the organization in the pursuit of unclear but some understood objectives. Though, we do not find any written or given set of goals, set by the militant organization; a deep observation endorses the following.

–       They are trying to engage in a global jihad to spread their version of Islam. Their slogan of global jihad is quite different from rest of the world’s jihadi organization.

–         They are followers of ‘conservative version’ of Islamic sharia and very strict in implementing that. This has led them to some controversial moves. For example, members of some minority sects have been brutally killed and their shrines/mosques have been destroyed. I remember a Hadith I read in the book “200 Golden Hadiths“.

Looking at the regional impact of ISIS, it turns clear that they have been able to gain global attention where global and regional powers paying attention to them. Iraqi and Syrian army has been unable to counter them effectively, making the whole region vulnerable to instability. Therefore, the entire Middle Eastern countries are taking them serious enough to take action against them.

THE SOULS THAT KNOW